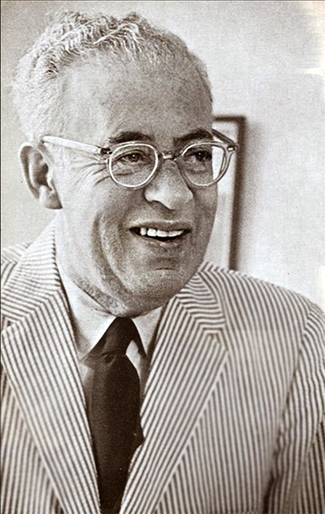 Saul Alinsky was born to Russian immigrant parents, the only surviving son of Benjamin Alinsky's marriage to his second wife, Sarah Tannenbaum Alinsky. They lived on Maxwell Street in Chicago. His father started out as a tailor, then ran a delicatessen and a cleaning shop; but whatever the business, they always lived in the back of the store. Both parents were devout Orthodox Jews, and he began to fear they would force him to become a rabbi.  Antisemitism was a fact of life, and he  learned to defend himself and retaliate at an early age.  Alinsky acknowledged one rabbinical lesson that "sank home."  The rabbi looked at him and said quietly, "You think you're a man because you do what everybody does.  But I want to tell you something great: 'where there are no men, be thou a man'".
In 1926, Alinsky entered the University of Chicago into the field of sociology. Yet Alinsky claimed to be unimpressed. What "the sociologists were handing out about poverty and slums"—"playing down the suffering and deprivation, glossing over the misery"—was "horse manure."  A chance graduate fellowship moved Alinsky on to criminology.  For two years, as a 'nonparticipant observer', he hung out with Chicago's Al Capone mob.  He said the two most important lessons he learned from them was how power works when you own a city, and the importance of personal relationships.  Then Alinsky took a job with the Illinois State Division of Criminology, working with juvenile delinquents and at the Joliet State Penitentiary.  It was a dispiriting experience.  If he dwelt on the contributing causes of crime, such as poor housing, racial discrimination or unemployment, he was labelled a "Red." 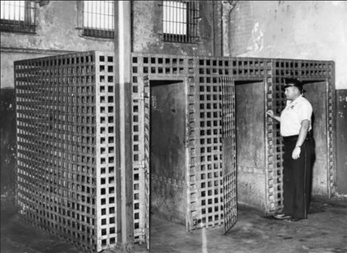 In 1938, Alinsky gave up his last employment at the Institute for Juvenile Research, University of Illinois at Chicago, to devote himself full-time as a political activist. In his free time he raised funds for the International Brigade in the Spanish Civil War, for Southern Sharecroppers, and organized for the Newspaper Guild and other fledgling unions, while fighting evictions and agitating for public housing. He also began to work alongside the CIO (Congress of Industrial Organizations) and its president, John L. Lewis. 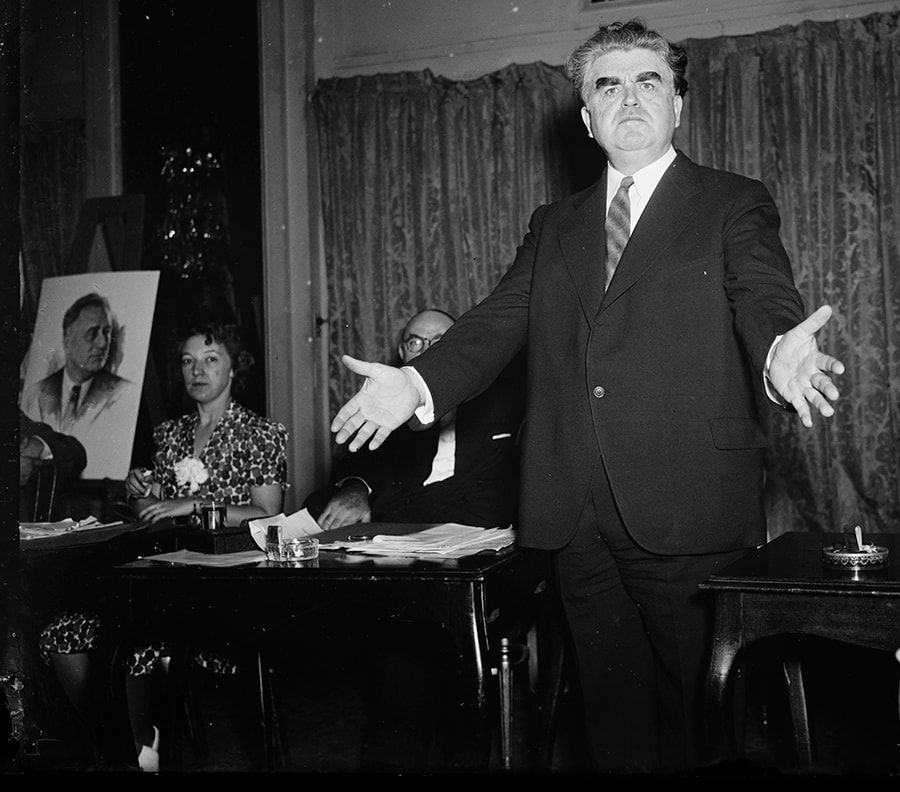 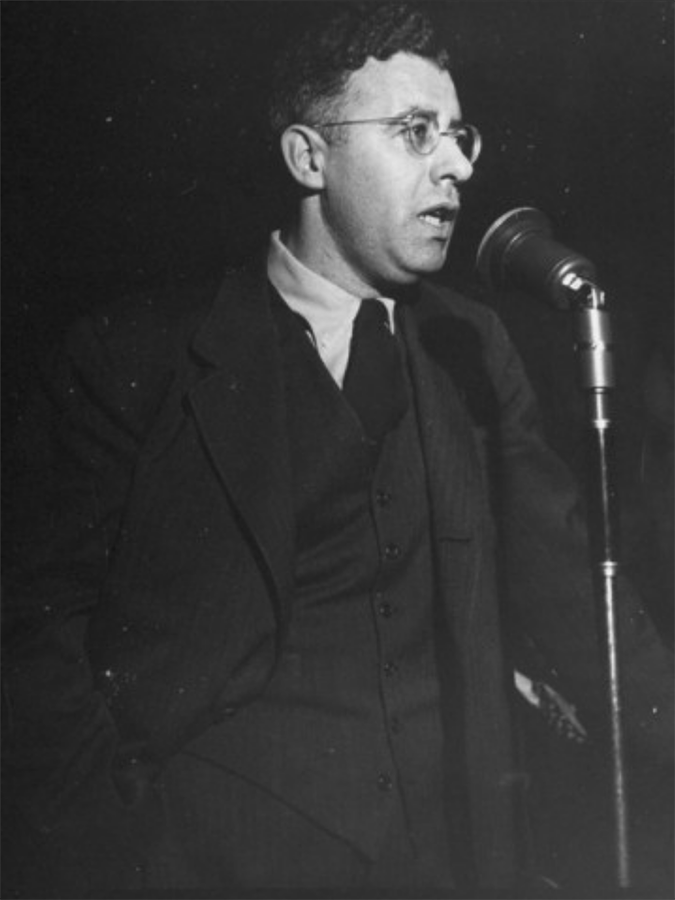 Alinsky scorned the ideologies of his day on both the left and right that prejudged causes and precluded innovative responses to some of the nation's most pressing social problems.  His disposition, reflecting his Jewish roots, was always to side with the cut-out, the shut-out, the powerless, the impoverished - what he called the "have-nots".

Alinsky looked to the back of the Chicago Stockyards (the area made infamous by Upton Sinclair's 1905 novel The Jungle). There with Joseph Meegan, a park supervisor, Alinsky set up the Back of the Yards Neighborhood Council (BYNC). Working with the archdiocese, the Council succeeded in rallying a mix of otherwise mutually hostile Catholic ethnics (Irish, Poles, Lithuanians, Mexicans, Croatians...) as well as African Americans to demand, and win-- concessions from local meat packers. 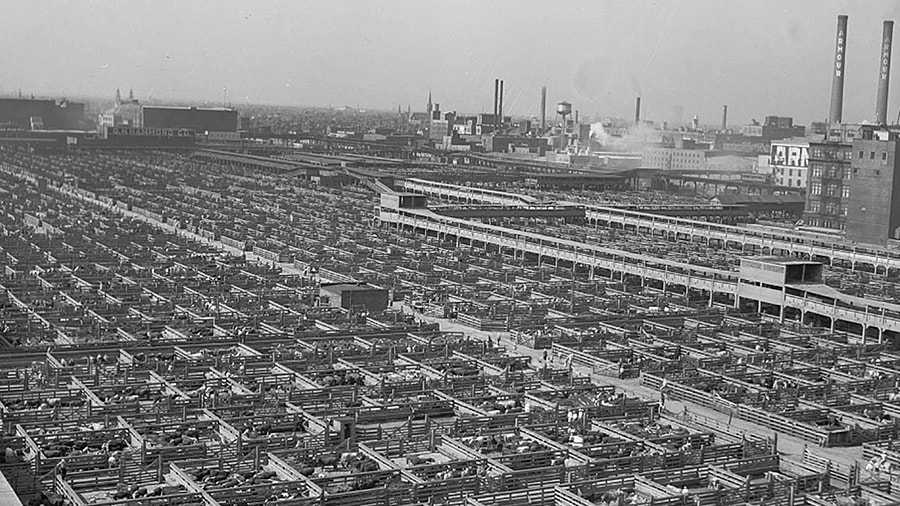 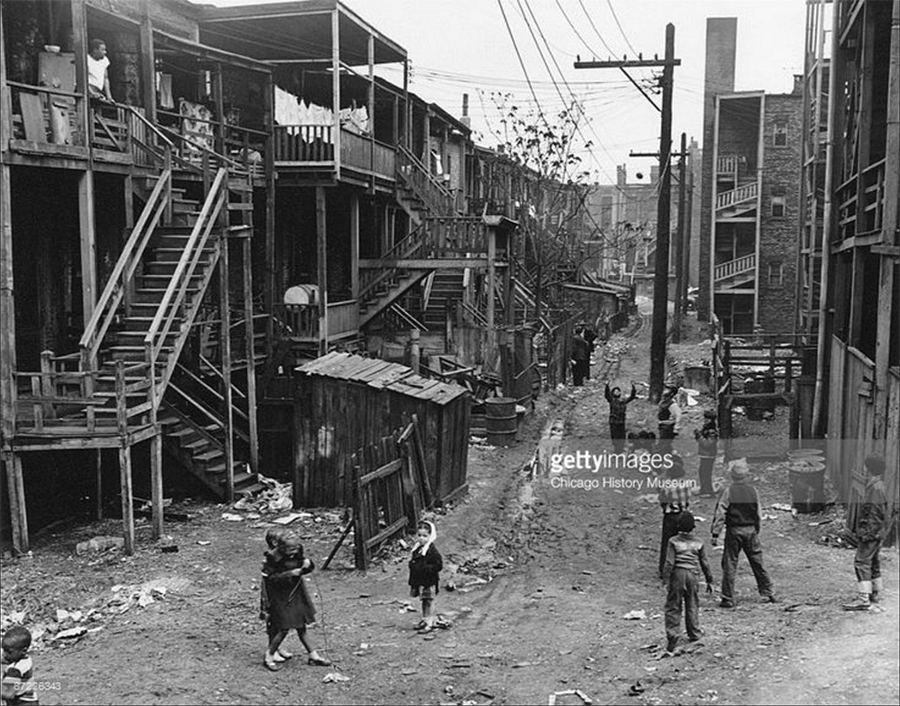 In January 1946 the BYNC threw its support behind the first major walkout of the United Packinghouse Workers, landlords and city hall. This, and other efforts in the city's South Side to "turn scattered, voiceless discontent into a united protest" earned an accolade from Illinois governor Adlai Stevenson: Alinsky's aims "most faithfully reflect our ideals of brotherhood, tolerance, charity and dignity of the individual." 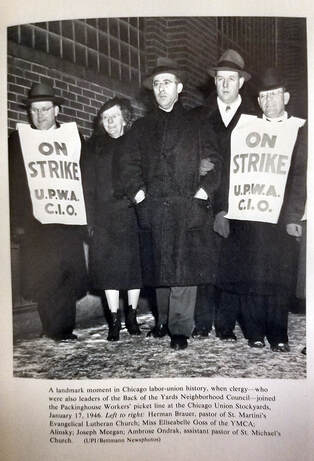 Alinsky understood his core mission to be the revitalization of American democracy under threat at home and abroad.  He continued his process, sharpening organizational principles and skills that he advanced through the eventual creation of a broad based non-profit organization known as the Industrial Areas Foundation (IAF).