Alinsky was a true believer in the possibilities of American democracy as a means to social justice. He saw it as a great political game among competing interests, a game in which there are few fixed boundaries and where the rules could be changed to help make losers into winners and vice versa. He loved to play the game.

- Sanford Horwitt, Alinsky's biographer
Alinsky's durability as both target for attack and organizational genius makes him a man of the current moment and many more to come.  A nobody when he started out, Alinsky moves episodically through the country's polarized discourse more than five decades after his death. 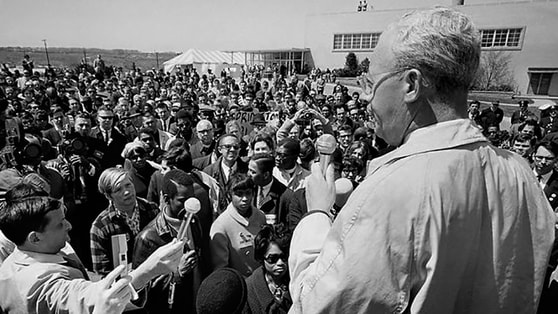 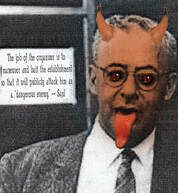 He played with opposites, splits, divisions, paradox.  He never joined up with any institution, religious or secular, and declared himself proud of it.  Alinsky played devil’s advocate to himself by questioning the efficacy of the one institution in which he was most invested— the Industrial Areas Foundation.  Like his namesake, David, he calculated how to maximize the impact of limited weaponry to beat intimidating powerhouses.
His anchor was democratic concepts and practices that didn’t align easily with capitalists or communists.  If it can be said he had an ideology, that ideology would be centered on the actions of citizens embracing democratic practices, buttressed by a belief that most people, most of the time, will make good decisions about themselves and the world they inhabit.  His self-declared partiality was toward the “have-nots” and their aspirations to gain a voice in decisions that mattered to them.

Alinsky sallied forth into the World-as-it-is without a road map for how to get to a better place:  the World-as-it-should-be. For him that meant living in tension between the two - in that betwixt and between where people with conflicting views and different backgrounds confront, negotiate and compromise.  Anyone following in his footsteps would have to do the same.  Alinsky’s rebellious spirit and practical wisdom seeped into social justice organizing everywhere.

The David of Hebrew Scripture ascended to the throne of dominance, becoming a Goliath of sorts himself.  Alinsky never took that path.  Aware of  his namesake’s ironic turn, he promised to organize against his own creations when/if they betrayed the democratic values he cherished.
* Taken from Sometimes David Wins, by Frank C. Pierson, Jr.
The Man Beneath the Image

Alinsky was married three times. He met his first wife, Helene Simon, while attending the University of Chicago, and had two children, Kathryn Wilson and Lee David Alinsky.  In 1947, Helene drowned while trying to save two children.  Alinsky mourned her passing for many years.

His second marriage to Jean Graham was also to take a tragic turn.  A diagnosis of multiple sclerosis proved to be the onset of serious mental health problems, which led to her hospitalization.  Alinsky eventually ended the marriage, but maintained regular contact.  In the year before his death, he married Irene McInnis.

"Wherever democracy is revered and citizens seek power over decisions impacting their lives, his spirit and organizational genius is present.  We need Alinsky now more than ever."
-Anonymous 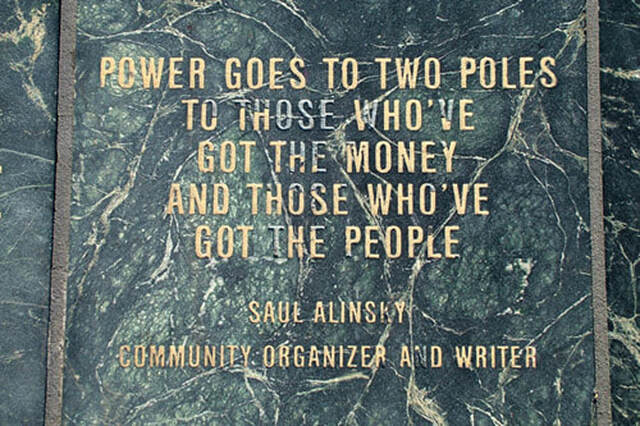 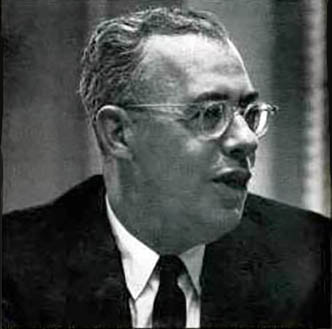