Saul Alinsky is now a staple figure in the country's ever-evolving culture wars, largely in thanks to the new generation of libertarian, right-wing populist, ultra-conservative activist wave since the early 2000s.  They admired Alinsky's disruptive organizing talents while rejecting his social-justice politics.  Alinsky is now vilified and emulated simultaneously, and he remains one of the more compelling players in American political history.

Given his appetite for attention, Alinsky would have chortled out loud over the number and intensity of his detractors.  Throughout his life, in fact, he enjoyed nothing more than being attacked by his enemies.  His thinking, writing, scheming and organizing were unique to him, for the times in which he lived.  But to be banned to the dust-bin of history would have been his idea of Hell.  To be attacked and deliberately misinterpreted would be to his eternal delight.

One of the supreme ironies of public life lies in the extent to which attacks can validate both message and messenger - depending of course on who is doing the attacking.  A point never lost to Alinsky.

Here are just a few fruits on the ever-growing tree.  No doubt they love the attention too.   Lucifer made me do it. 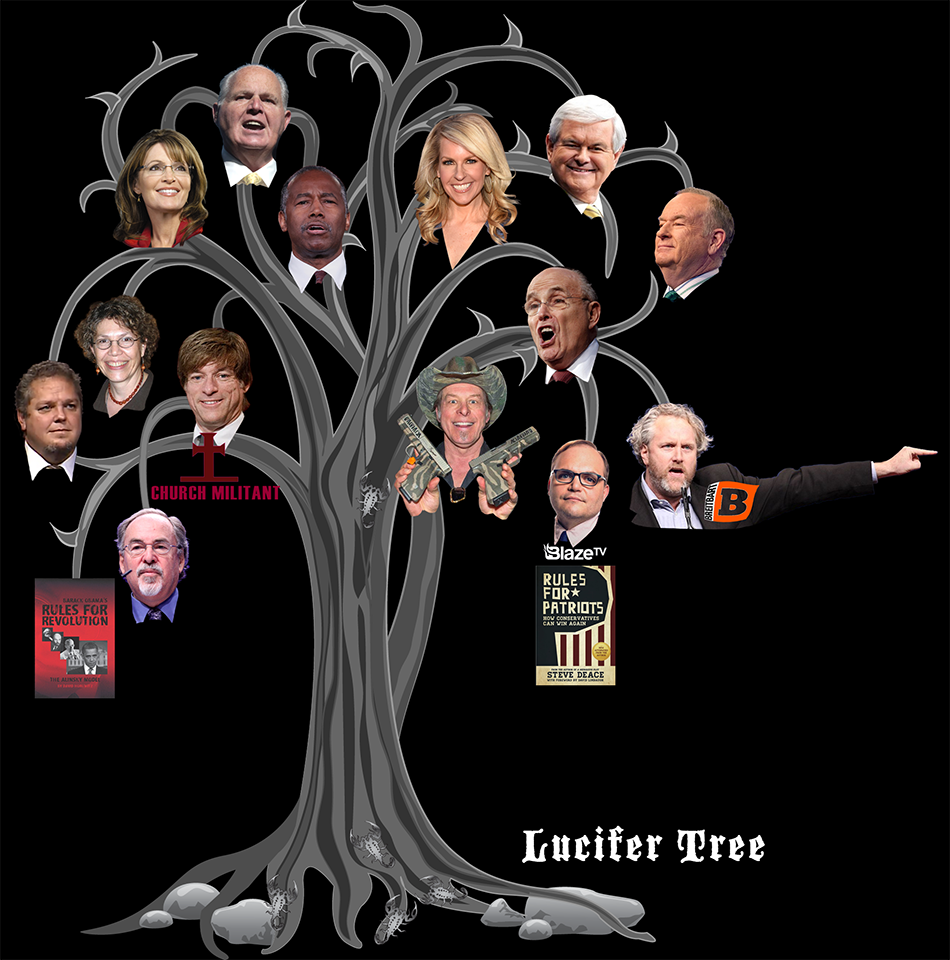 "I agreed with some of Alinsky's ideas, particularly the value of empowering people to help themselves. But we had a fundamental disagreement. He believed you could change the system only from the outside. I didn't. Later, he offered me the chance to work with him when I graduated from college, and he was disappointed that I decided instead to go to law school. Alinsky said I would be wasting my time, but my decision was an expression of my belief that the system could be changed from within."

- Hillary Rodham Clinton, Living History memoir, 2003
Barack Obama
Although he fully embraced the concepts and methodologies of community organizing (including most of Alinsky's), he had no experience with his organization other than attend an IAF training in Los Angeles in the mid 1980's.  He doesn't write about it much in his memoirs, and there are no direct quotes that can be truthfully attributed to him.

However, it is indeed true that some of his formative years were spent organizing in the poor black communities of Chicago's Southside, and he was the director of Developing Communities Project (DCP), and also a consultant and instructor for the Gamaliel Foundation.

An intriguing piece I came across recently was this from 2007 in the New Republic, The Agitator - Barack Obama’s unlikely political education.  By former Senior Editor Ryan Lizza, it is a first-hand account and provides a window into a little known side of the man and the world of organizing in Southside black Chicago at the time.  His story is as unique as everyone else's, including my own  as I tell it in Sometimes David Wins.

“It’s true that the notion of self-interest was critical,” Obama told me. “But Alinsky understated the degree to which people’s hopes and dreams and their ideals and their values were just as important in organizing as people’s self-interest.” He continued, “Sometimes the tendency in community organizing of the sort done by Alinsky was to downplay the power of words and of ideas when in fact ideas and words are pretty powerful. ‘We hold these truths to be self-evident, all men are created equal.’ Those are just words. ‘I have a dream.’ Just words. But they help move things. And I think it was partly that understanding that probably led me to try to do something similar in different arenas.”

A Few Perspectives across the spectrum 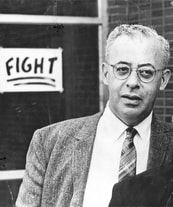 Explainers at Vox
Who is Saul Alinsky, and why does the right hate him so much?   Dylan Matthews, Senior Correspondent, Vox.com, 2016

Socialist Word Salad
The Problems with Alinskyism  - If the left is going to rebuild power in the age of Trump, we shouldn't look to Saul Alinsky for a road map   Aaron Petcoff, SocialistWorker.org, 2017