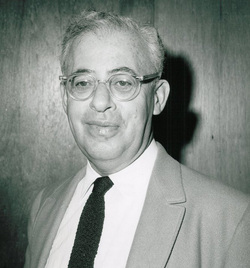 Saul Alinsky was first and foremost a true believer in democracy and the participation of ordinary people in decisions impacting their lives.  He developed a robust expression of this democratic faith in a new organizational format, community organization, that brought together  local congregations, unions, neighborhood centers and schools for positive collaborative action on vital issues.  In the process he invented an entirely new profession - community organizer.
Attempts to curb the reach of his spirited defense of democratic practice and discredit the values ground from which he spoke and acted have failed miserably.   The geometric expansion of broad based community organizations around the United States and abroad coupled with the scale and scope of the positive impacts these organizations have generated is testimony to this enduring legacy.
The Industrial Areas Foundation (IAF)  founded by Alinsky continues to evolve in new directions along with the changing times.    Though many of the core organizational insights continue to bear fruit, the IAF affiliated broad based organizations now span entire metropolitan areas, counties, and states.  IAF national presence is largely served by innovative local initiatives that have "gone national".

As word of the constructive contribution made by IAF affiliation has spread, congregational leaders in the United Kingdom, Germany, Canada, Australia and New Zealand have taken notice and launched organizing drives in relationship with IAF.

Increasingly, religious bodies interested in putting the values of the Holy Texts into action in public life have turned to IAF training and leadership development as a source of know how and congregational growth.